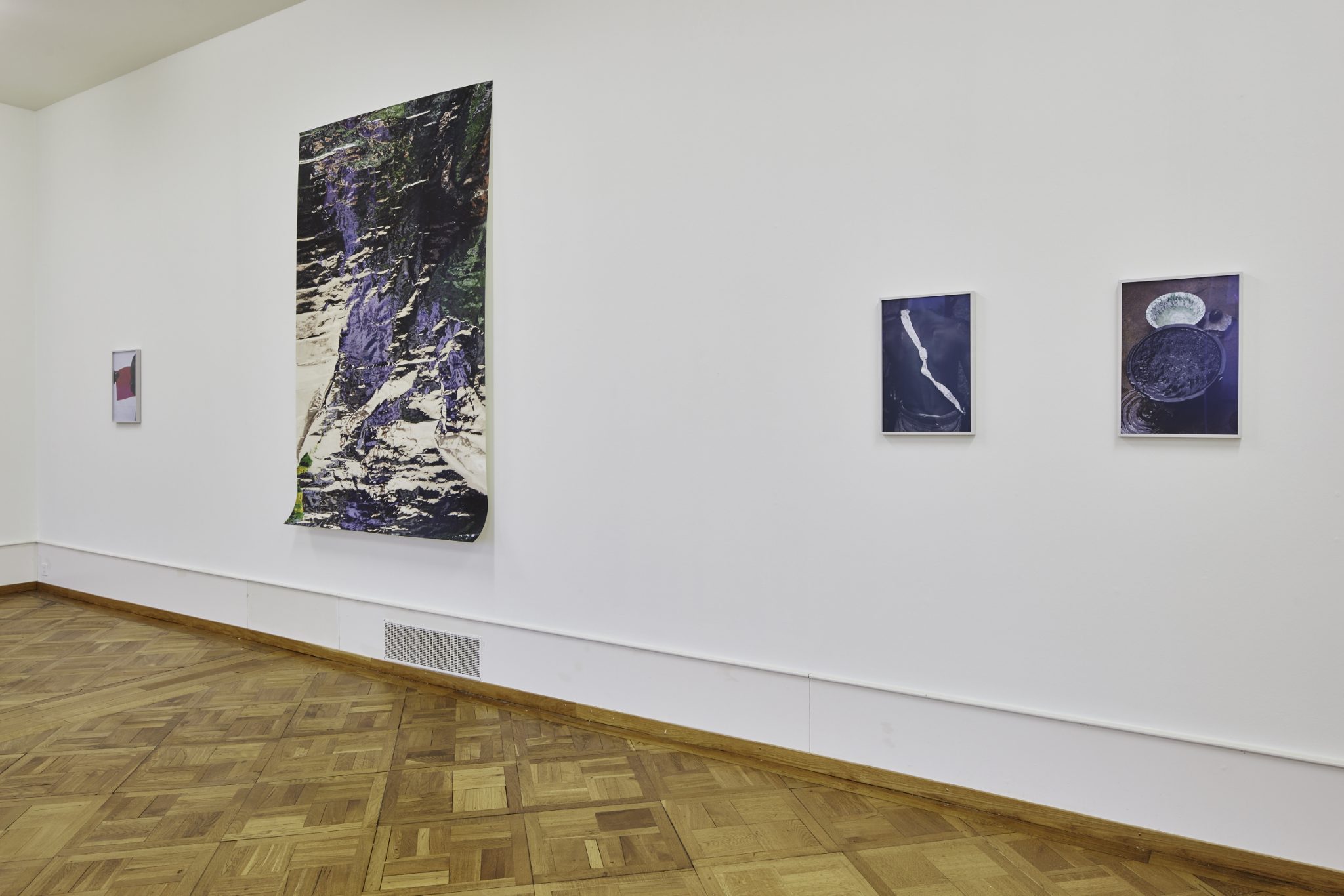 Viviane Sassen (b. 1972, NL) has garnered parallel critical acclaim as a fashion photographer and in the context of contemporary visual art. The exhibition at Kunsthaus CentrePasquArt focuses on a body of work that Sassen made in Pikin Slee, Surinam in 2013. The Saramacca community lives isolated from the outside world, living without running water, electricity, roads or the internet.In search of a new visual language, Viviane Sassen travelled to the village of Pikin Slee for the first time in 2012. Situated at the head of the Surinam River, in the middle of the rain forest of the South American Surinam Republic, the village is almost totally cut off from civilisation. The only way to access it is by canoe, a journey of about three hours up-river. The villagers live today as their forbears did in unison with nature. They grow their own food on small agricultural plots, producing cassava bread, pressed maripa palm oil and dried coconut.

Impressed by the simple way of life of the almost 4,000 inhabitants who belong primarily to the Saramacca people, the descendents of fleeing slaves, originally from West Africa, the Dutch photographer went there on a second journey in 2013. Her eye was caught by the overwhelming natural beauty and the Saramacca’s very traditional way of life, combined with the more mundane objects, such as plastic buckets, kitchen knives or cleaning gloves, which seemed to seep through daily life.

Shot mainly in black and white, the analogue, small-format photographs form a series of abstract compositions and elusive subjects. Both rigorously composed and poetically interpreted, they are an exploration of the beauty of the everyday and the sculptural qualities of the ordinary. Viviane Sassen has captured the unostentatious sculptural beauty produced by the interplay of apparently banal everyday objects in the middle of stunning natural surroundings.

Although the environment calls for an exotic approach and has into the bargain been photographed by a European photographer, Viviane Sassen completely rejects this, communicating rather a feeling for enigmas. Her images ask more questions than they deliver answers. Sassen places the focus on the contrasts, forms and colours which she sees around her and shows in a new light. In her portrait of a boy, for example, it is not his face but the bright yellow rubber glove that is emphasised and which contrasts with his dark skin and indigo blue trousers.

„My memories of Africa have always played a major role in my life and in my work. I guess that’s because they filled my very first consciousness. It’s in my spine, my blue-print, so to speak… When I returned back from Kenya, all I knew was my life there, so Holland seemed very strange and new to me…. Now that I’ve travelled so much in Africa over the past 12 years, my ideas about the continent and about myself in relation to it have changed of course. But it’s a continuous journey, both in the inside world and the outside world. My work is a reflection of that journey.“ – Viviane Sassen

Viviane Sassen spent her early childhood with her family in Kenya, where her father worked as a doctor. These years have had a powerful influence on her and in Pikin Slee, a former Dutch colony, she has found two united identities which are also part of her personal history, namely her connection to both Africa and to the Netherlands. „How strange to be able to speak Dutch in the middle of the South American jungle with people of African descent.“ – Viviane Sassen

Viviane Sassen first studied fashion design followed by photography at the Utrecht School of the Arts (HKU) and the Ateliers Arnhem. Her work was included in the main exhibition of the 55th Venice Biennale in 2013. A retrospective of 17 years of her fashion work was shown at Huis Marseille Museum for Photography in Amsterdam in 2012, accompanied by a book published by Prestel (Munich). The exhibition travelled to various venues, including the Fotomuseum Winterthur in 2014/15. She was awarded the Dutch art prize, the Prix de Rome, in 2007 and in 2011 won the International Center for Photography in New York’s Infinity Award for Applied/Fashion/Advertising Photography. She was also nominated in 2015 for the renowned Deutsche Börse Photography Prize.

The exhibition is presented in the context of the ICA Touring Programme, in cooperation with The Institute of Contemporary Arts, London.

With the generous support of the Embassy of the Netherlands.