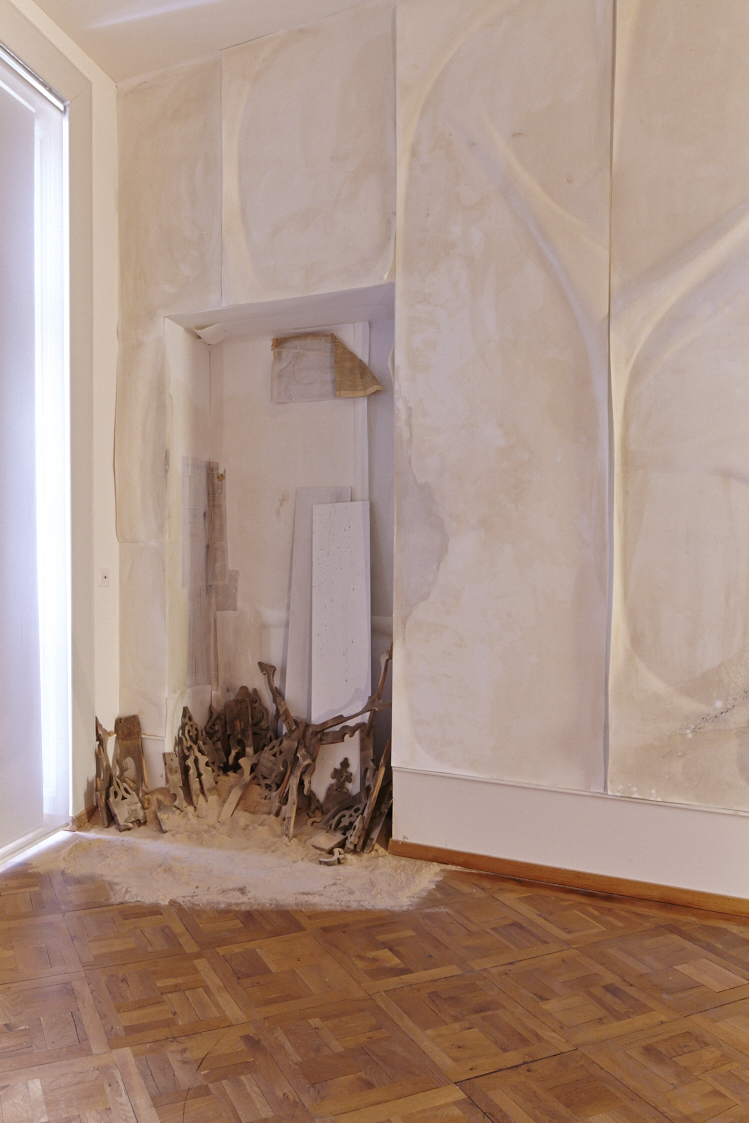 The exhibition Telling Tales brings together ten artists or artist duos from the Baltic States and Switzerland under the theme of story-telling, in terms of both collective history and personal narrative. A major subject for many Baltic artists is the heritage of the Soviet occupation, followed by Communism and finally independence. Found photographs and film-footage, documenting aspects of the past, provide material for several of the participating artists. Others examine forms of free political and artistic expression or the importance of context for the interpretation of cultural phenomena. In contrast, the Swiss artists are concerned neither with their national past nor with their own biographies. Instead their work develops fictions that concern the creation of myths, evoke period aesthetics or analyse the influence of archival processes on the construction of collective memory.

Typical of many artists in the Baltic States, a number of the participants in Telling Tales explore the turbulent histories of their countries by appropriating and adapting documentary material. Both artists from Tallinn employ film and photography to address the social and economic conditions that define women, Marge Monko focussing on the effects of the demise of textile manufacturing in Estonia on women’s work and Liina Siib examining how women’s lives in a post-Soviet context are determined by the spaces they occupy in public and in private. Katrina Neiburga’s video portrait of the Press House in Riga is a poetic documentary narrative on the memories of the abandoned building that once operated as the hub of communication in Latvia. In his large-scale installation the Lithuanian artist, Dainius Liskevicius is concerned with forms of free political or artistic expression, referring to three figures that were central to the country’s revolt against the Soviet occupation. The stories recounted by the Latvian, Paulis Liepa and Eglé Karpaviciute, from Lithuania, are more oblique, Liepa’s prints of rooms and everyday objects heighten the materiality of things and deliberately echo the aesthetics of the 1970s. His choice of a time-consuming, manual process is echoed in Karpaviciuté’s small-format paintings that quote the work of famous artists, questioning their universal comprehensibility by removing them from their familiar context.

In the absence of a national history comparable with the recent past in the Baltic States, the Swiss artists represented in the exhibition focus on the creation of fictional narratives. The installations of Nicolas Vermot Petit-Outhenin & Petra Koehle analyse the role of archival processes in the construction of collective memory. The film shown in Telling Tales is based on the documentation of important ceiling and wall paintings in Germany during WWII, revealing the connections between technical developments in photography and the role of propaganda. Sandrine Pelletier combines an artisanal approach with an interest in popular culture to weave stories that are both subversive and melancholic. The salon she has created for the exhibition is reminiscent of colonial interiors as well as the English Arts & Crafts movement. Laurent Kropf’s eclectic installations employ a variety of materials and a multiplicity of references, drawn in particular from the myths and rites of our heritage. The environment he has made for the exhibition consists of geometric forms that recall a mysterious convoy of chariots. Lutz & Guggisberg construct fictive myths that parody customs, atmospheres or linguistic forms. Their new installation presents a „sacred“ and meditative ambiance focussing on a sculpture endowed with miraculous properties.

Invited by Pro Helvetia Warsaw to take part in their Cooperations programme marking the closure at the end of 2013 of the Swiss Arts Council‘s activities in Central and Eastern Europe, Kunsthaus CentrePasquArt embarked on a collaboration with art institutions and artists in the Baltic States. Telling Tales is the result of discussions and research visits conducted over the last two years by colleagues from Biel, Riga, Tallinn and Vilnius. After the presentation at the Kunsthaus, the exhibition will be shown at the National Gallery of Art, Vilnius and KUMU Art Museum, Tallinn during 2014 while the themes explored in Telling Tales will be the subject of a symposium at the Latvian Center for Contemporary Art, Riga this summer. As important to the project as the events themselves, however, is the opportunity for exchange between the artists as well as the four institutions.