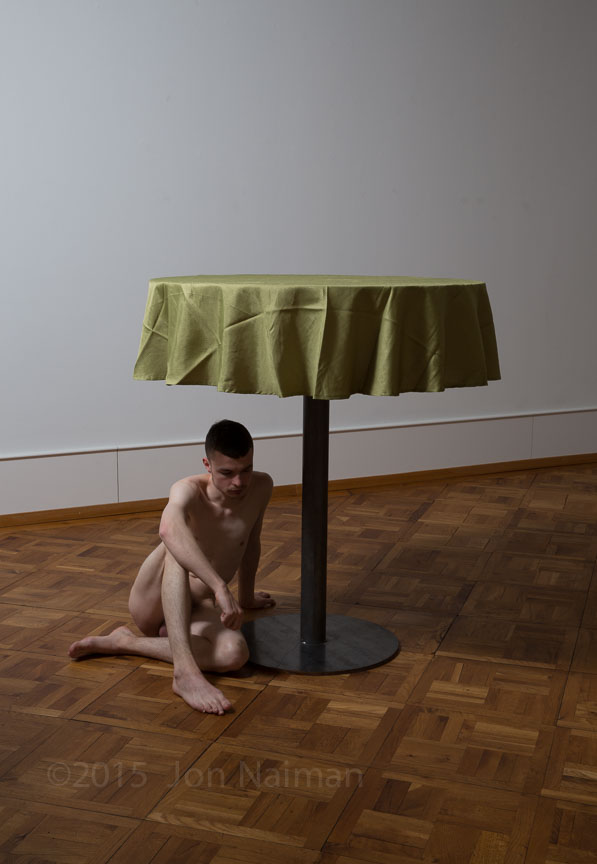 Roger Hiorns (born 1975, Birmingham, GB) is a leading artist of his generation. In 2009 he was nominated for the renowned Turner Prize for his celebrated work Seizure, a huge cristallization in an empty bedsit on a South London housing estate. The exhibition at Kunsthaus CentrePasquArt premieres a new body of work by Hiorns’ that presents an oblique investigation of the physicality of the young body. It has been produced in collaboration with Galerie Rudolfinum Prague, where it will be shown subsequently.Roger Hiorns‘ installations and sculptures generate and occupy the lacunae between divergent ideas: construction and destruction, the theological and the technical, the temporary and the permanent, authoritarian control and spontaneity. His work is informed by a functional, material presence which is, however, always combined with a sense of the imaginary, the poetic or the esoteric. For the exhibition at Kunsthaus CentrePasquArt Roger Hiorns is making a number of new works, including an expansive installation consisting of 200 car engine parts.

At the heart of Roger Hiorns’ practice is an examination of how social problems can be addressed through the adaptation of objects. Environmental issues influenced, for example, the construction of the installation of “beings” from the plastic forms of discarded car engines, some of them spewing foam. The 200 objects are also, however, a comment on how reductive humans can be in their treatment of each other. For Hiorns, this was apparent in the BSE/vCJD crisis in the UK in 2001 and the state’s prioritization of the needs of industry over the health of the public. The “beings”’ anthropomorphic figurativeness invite the attribution of individual qualities such as sentimentality, a judgmental outlook or mean-spiritedness. They remain, however, a single, amorphous and generic entity, symbolizing a homogenized population.

Current events and socio-political issues are also an important element in the on-going series of « youth » sculptures. These consist of found objects, such as street benches, engines from aeroplanes and stainless steel preparation tables, which are ‘activated’ through the presence of a naked young man and a small fire. The series touches on a number of themes, from the role of chance and external factors in the execution of the work to the ritual created between the youth’s actions and the gaze of the viewer. It also reflects what Hiorns describes as the « surfaces that surround us in every aspect of our lives, from home to jobs and travel, and which are prepared for us, formalised. This is in my mind when I make the « youth » pieces, where I try to find and accentuate the gaps in the smoothness of the neo-liberal world view… that.shuts out what or whoever doesn’t fit. »

Inherent in the « youth » sculptures is a constant present, an atemporality made possible by the continual renewal of the performers. The dual themes of time and the body connect all the work in the exhibition. The artist’s collection of photographs, both found and taken himself, is represented by a selection that focuses on shots that broadly indicate the corporeal. A further group of works, consisting of latex sheets wrapped round speakers, conveys ideas about both the mind and ethical issues concerning the body. The latex is painted with cow brain matter, representing a cognitive semblance of the mind on the surface of the work. The speakers that they are wrapped around emit radio programmes from a BBC series that examine – in terms of medicine, science or religion – where we are in our world today and how we have to negotiate the future. One programme, for example, concerns a dying muslim man and the discussion with his family about the termination of his life, an issue not dealt with by the Koran.

Unwilling to provide clear-cut answers to difficult subjects or to reduce the ambiguity of contemporary social and ethical issues, Hiorns is uncompromising about his position : « I’m an artist who makes art and not art about art. I’m not interested in re-hashing existing ideas for their financial benefit. Even if it’s delusional, I believe that the artist’s role is to move us on, to hold up a truthful mirror in order that progress might continue.“

Publication: A publication including installations views will be released during the course of the exhibition.