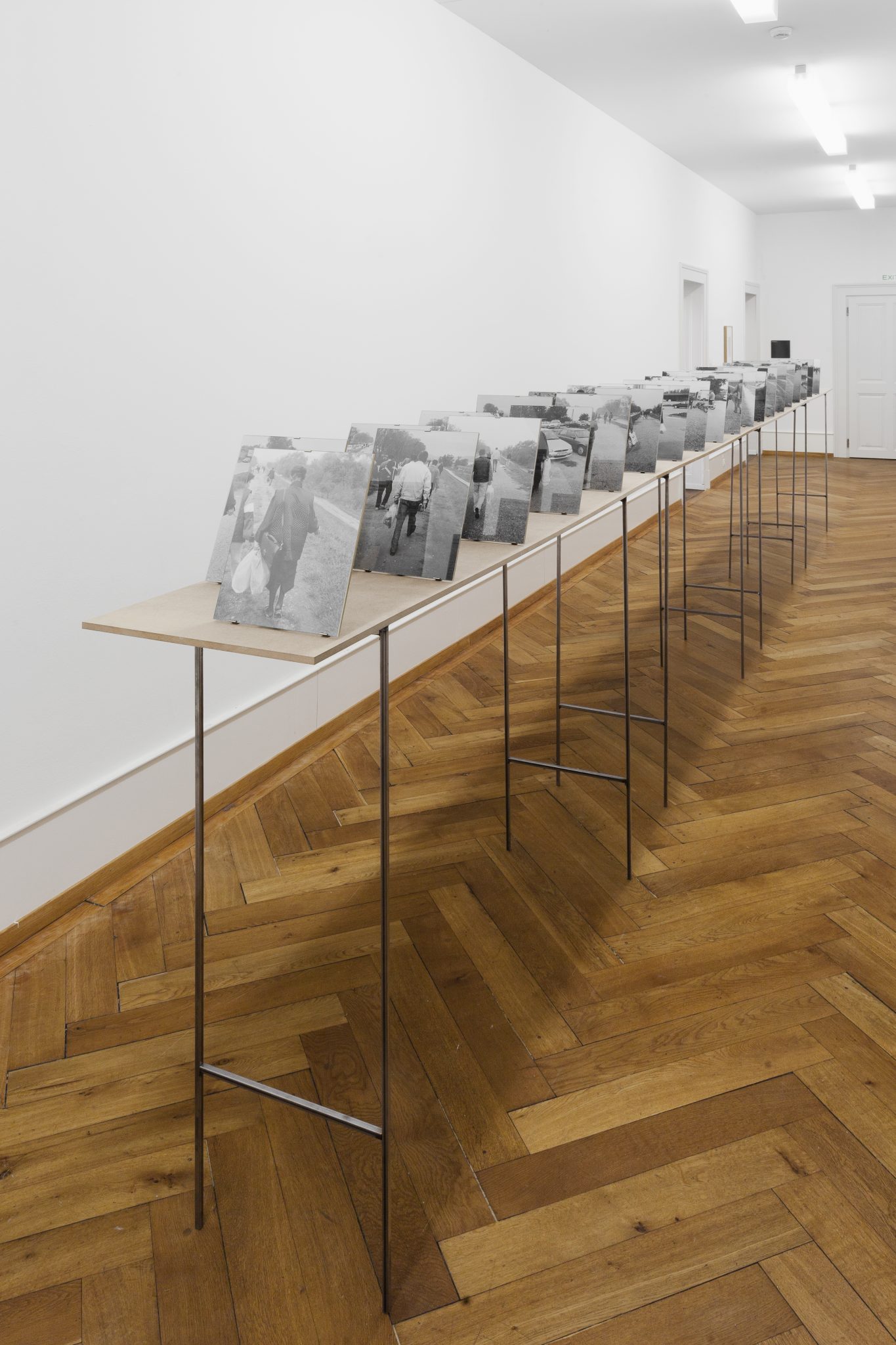 The 12th edition of the Swiss Sculpture Exhibition, entitled Le Mouvement, challenges the very definition of public art by creating no sculpture at all. The three-part exhibition is dedicated exclusively to performance in the city. While the first two movements take place in the streets of Biel/Bienne, the third one is shown in a museum.

The exhibition The City Performed at Kunsthaus CentrePasquArt extends the concept of performance in public space in both historical-geographical and political terms. It explicitly incorporates artists who have implemented street performances under various circumstances – in  some cases at the risk of being arrested and imprisoned. The museum-based exploration offers a more in-depth examination of the context of performance, in which the definition and interpretation of public space differs with each work shown. Considering differences and distinctions is the only way to tackle the complexity of the system of discourse, society, city and public space.

It is, however, not always a desire to have an impact in a political context that drives artists out into the street – on the contrary. The urge to abandon the protective walls of the art institution has been omnipresent since the sixties. Parallel to Land Art, which chose the world of nature as exhibition venue, more and more artists turned to the street and used it as a platform, an alternative to art spaces, neutral place, not appropriated by institutional art discourse. The precursors were the Situationists, wandering around in Paris, allowing themselves to be driven “aimlessly” in unfamiliar parts of the city at the whim of mood and the draw of the architecture.

The city is viewed as neutral terrain, which is not integrated into an art discourse and is free from the preferences of official art policy. Artists who renounce the context of the exhibition space signal their independence. However, the documentary records of these performances often end up back in the museum.