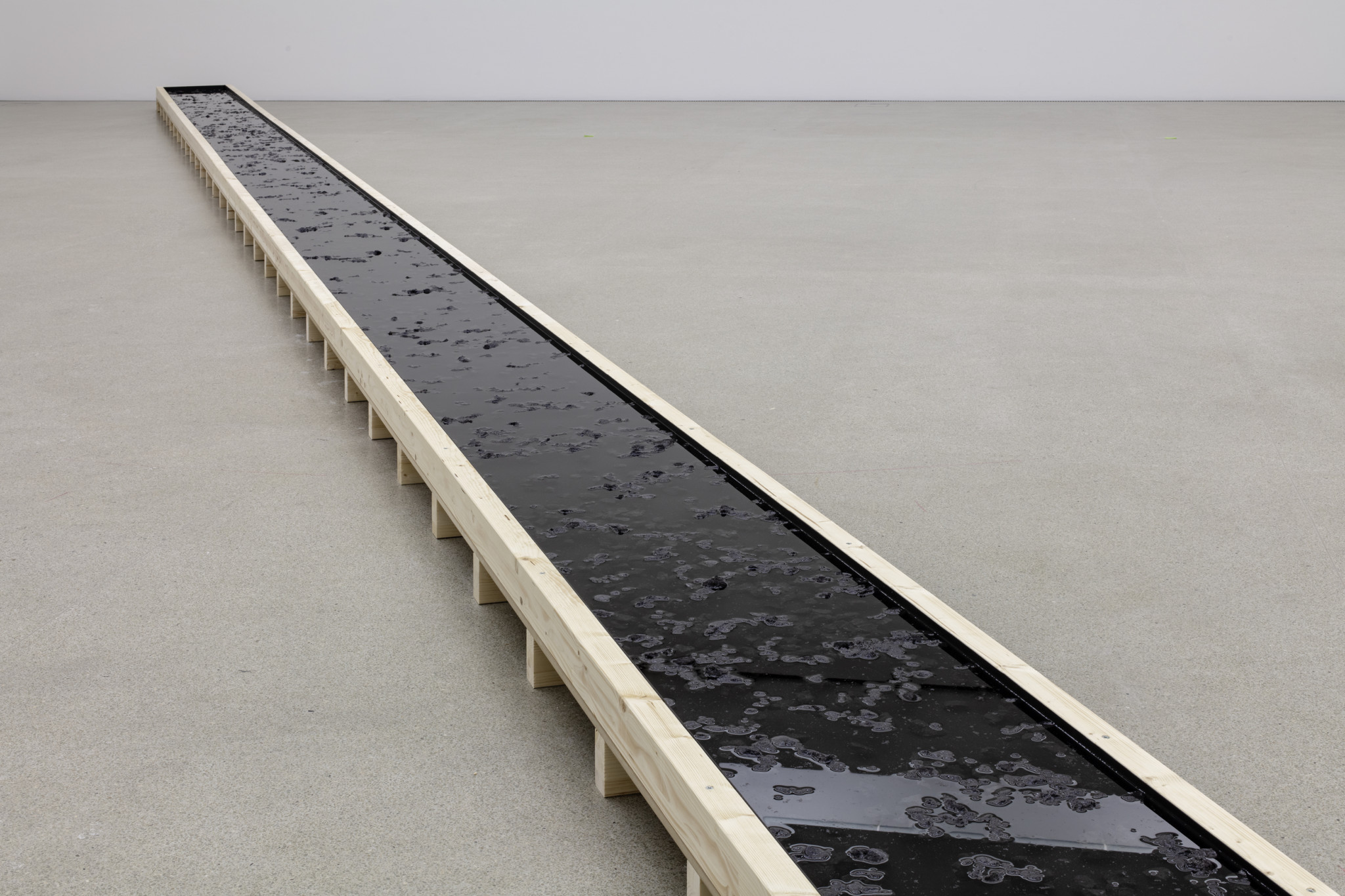 The artistic interests of the Manor Award winner Miriam Sturzenegger (b. 1983, CH) concern material, matter and the built environment. In her preoccupation with spaces and architecture she focuses on the substance of construction materials, the quality of surfaces or the energies inherent in materials, looks at treatment technologies or the everyday use of material. These features inscribed in the material contribute to determining the artistic form. Via a re-evaluation and transformation of sculptural and material features works are consistently developed in terms of a reduction and in doing so frequently recall architectural elements. Arising from a longer-term preoccupation with the exhibition environment, the works are based on space-forming processes and connections and can be read for example as organising interventions in the space, as a displacement or layering. The exhibition presents a combination of site-specific interventions, newly produced groups of work and selected existing works.

The geomorphological term «relief energy» forms a central, dynamic element in Sturzenegger’s current practice that is connected to her sculptural thinking. Due to its many meanings it serves the artist as a poetic tool with which to initiate chains of associations and to make visitors aware of spatial experience in the exhibition. With the investigation of relief, she makes as her subject not only the topographical in the architectural space, but also the many-layered potential inherent in the spatiality of surfaces in the physical world. «Relief energy» forms a conceptual bracket in the exhibition between the architectural and the geological, between haptic and process, trace and rupture. She takes on the tensions between the internal dynamism and the memory of material and its cultural use and value within an ordered environment.

The starting point for the exhibition is the specific situation of the Kunsthaus Pasquart architecture. The constructed environment is shaped by scale and order, framing, rhythm and interruptions, haptic and light. At the same time these components give the rooms a temporal dimension in the sense of a physical memory. The old building is characterised by a clear sequence of rooms which can be read as formal breaks resulting from its history of construction or alternately from a re-organisation of the former hospital as an art institution. The movement directed by the ensuing long corridor as a predetermined route and the simultaneous existence of formal elements from various building phases influence the temporality and physical presence of the rooms. Intersecting Scores (2020), the row of columns running through all the rooms, consisting of Pillars (2016) und Lamella Pillars (2020), evokes a colonnade and emphasises the connecting function of the passageway. In installing the line of pillars, the artist expands the different references to time in the rooms in terms of an extension of the architecture. The artist places the axis line in relationship to Interruptions (2020), a work consisting of stack or fold-like floor elements that resemble benches or thresholds and dissolve the boundary between design and art. Their surfaces show the imprint of the artist’s studio floor.  The strip of parquet flooring removed to create the work Mise en relief (2020) marks one of the places on which walls stood before the conversion of the Kunsthaus in 1990. Almost inconspicuous, the incisions filled with graphite in the wall of Plis coupés, plis projetés (2020) take up the distinctive chamfers on the façade of the classical old building, projecting these in the interior space.

Passagen (2011-2020) is based on white sheets of A4 notepaper, carried by Miriam Sturzenegger in her handbag wherever she goes. Through the rubbings and compressions between objects she carries with her, particles or dust are released from their surfaces and inscribed automatically on the paper. Carriers of information are produced which incorporate the artist’s movement and the physical displacement of material inside the handbag. These sheets are mounted on plaster boards and placed in the 21m long vitrine in the corridor of Parkett 2 as a kind of cartography of condensed matter of her routes, paths or walks.

In the passage to the Salle Poma Sturzenegger presents Presence Information Value Agency (2020), a wall installation of four concrete reliefs. The terms in the title serve the artist as tools for perception in her preoccupation with material and space, between which exists a tension. By means of a binary code of signs, a code used for punch cards, she translates the terms into a grid-based image of points in the concrete surfaces. The coded terms are ultimately visible sculpturally as geometrically precise indentations in the porous, living material. In the concrete itself fine traces of limestone refer to the geological context of the exhibition location, the Jura mountains.

The Salle Poma, the large white cube in the new building, is characterised by its expanse, in which formal references to scale are missing. This aesthetic produces a spatial experience of disorientation and in its minimalistic neutrality the room doesn’t demonstrate a memory, but rather exudes a temporal standstill. Miriam Sturzenegger takes this circumstance as the subject for her site-specific floor installation What Remains (Black Line) (2020). The artist goes back here to a material that has developed naturally and is widely used in industry. Porous coke swims in a long, flat water basin. As a waste product the material has lost its cultural and industrial function as fuel. The combination of the process of evaporation and the transient casting process form a new energy constellation. Technological change is also evident in the Kunsthaus. The visual disappearance of energy created through matter is visible in the difference between the old and the new buildings. While in the former there are white radiators, in the latter there are no longer visible heating elements, but a climate infrastructure run via a central technological system. Re-evaluated as an art product, the coke unfolds a new meaning here in view of climate technology and the history of energy and industry.

A publication accompanying the exhibition with texts by Gabrielle Schaad, Nadia Veronese and Felicity Lunn will be published by the Verlag für moderne Kunst (ENG / DT / FR). 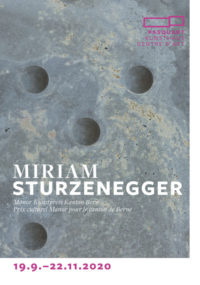