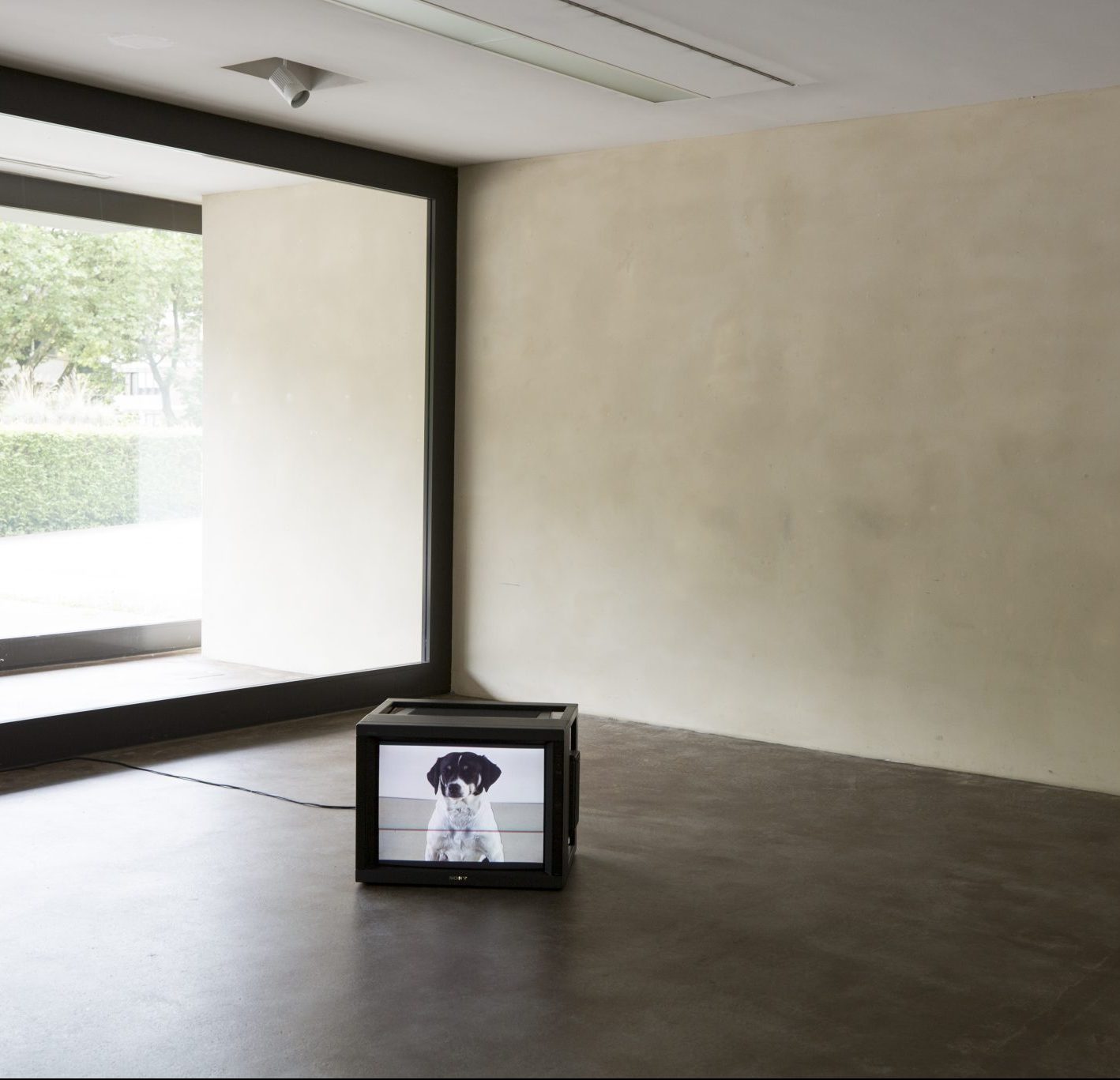 Where was I born and what is my name

In her first comprehensive retrospective the internationally renowned artist Marie José Burki (*1961, CH, lives and works in Brussels) highlights the relationships between image, language, narration, identity and time. Through video and photography she questions and deciphers visual codes of images that surround us on a daily basis and influence the ways in which we interpret the world. Her videos show the apparently unspectacular – we see a young woman lying in the sun or people at a convivial picnic. These are moments frozen in time, fleeting impressions of a permanent present. Through the underlying soundtracks and theatrical structures Marie José Burki cleverly nurtures doubt about the reality presented. Her reduced visual language communicates in sober, ironic, even humourous ways a sense of hidden connections. Caught in the artificiality of images, the protagonists make it possible for us to experience our role somewhere between accomplice and voyeur. Her latest video, Un chien sur la route, au passage du promeneur (2017), which was made for among others the Kunsthaus Pasquart, completes the selection of work from the last 22 years.

With her inimitable photographic and filmic style Marie José Burki examines aspects such as duration and the subject of the image, questioning how in view of the passing of time the identity of living creatures and things can be expressed. The video installation Un chien sur la route, au passage du promeneur shows in a succession of close-up and wider-angle shots on three screens a young woman in interiors. Lethargic, she lingers expectantly, without allowing herself to be affected by the images of urban landscapes that are projected simultaneously. The switch between interior and exterior evokes an indefinable moment between inactivity and movement, time standing still and elapsing. It is not, however, Marie José Burki’s aim to make a portrait of a woman. The protagonist represents rather an abstraction, a point through which world events pass. During the course of the video the woman’s identity becomes increasingly unreal. The uncertainty as to whether it is one or more women transfers to our viewing, which slowly loses a sense of orientation. Ears and eyes are addressed when Marie José Burki connects different levels of hearing and allows the sound to dominate the images. In the end, the three videos come together as a unit and present themselves as a study of everyday details, without however wanting to tell a story.

In the film Grosse kleine Welt (II) (2013) Marie José Burki joins linguistic and visual levels by connecting video sequences with the narration of Robert Walser’s novel of the same name. The reality documented in the video shows an insignificant situation of middle-class residential areas and public spaces at the bottom of a valley. At times additional images flash up that show, for example, Robert Walser’s hands or his hand-written micrograms. In the overlap between the immediacy of the image and the linguistic fragments that hint at a far-off, poetic space, tensions develop that are characteristic for Marie José Burki’s videos.

The photographic diptychs represented in the exhibition, such as Sans titre (NYC) (2004), give a glimpse of a moment in which two almost identical details show people or scenes that are separated by a minimal interval of time. Photography, which can be seen as a medium that captures our world, here becomes an instrument that investigates our present as a wealth of moments suspended between coming into being and decaying. The works Sans titre (2016) and Ici et là (2016) question the discrepancy between appearance and disappearance. The gaze is held here to investigate the image, to range across it in all directions. In the process the flower motif appears rather banal. As a contrast to the dark photographs the artist made the two extremely pale works Sans titre (Ostende) (2016) and Sans titre (White Sands) (2016). At the edge of the visible, here the over-exposed bodies disappear in the whiteness. They become ghosts, losing themselves in the surface of the paper.

Works on paper have become more important over the last few years, losing their inferior status as experiments and preparatory sketches for videos. The basis for the frottages Sans titre (1999 – 2014) are photographs of Marie José Burki’s daughter. The artist lays paper over the photographs while they are still wet, in order to absorb the shading of the features. A rudimentary and imperfect copy results from this technique. Through this process the person illustrated is revealed and disappears simultaneously. What we see is to a certain extent her ghost, in which the passing of time is made visible.

With Marie José Burki’s texts in neon reading is inseparable from the seeing that occurs simultaneously. The fragments of language that the artist first writes in an uninterrupted line with pencil on paper are taken from literary sources. She joins words repetitively, such as wordswordswords (2014). The answer given by Shakespeare’s Hamlet to the royal advisor, Polonius, to the latter’s question about what he is reading, first draws our attention as an image of the triple repetition of the word «words». It is only on a secondary level that the meaning it has in Shakespeare’s play is unlocked.

Marie José Burki illuminates the intermediate areas and lacunae beyond the visible. In the play between variations, minute shifts and layers she sets up a dynamic that makes the movement of time tangible. Her work creates an awareness of how we relate to images of ourselves and to those of the world, in order to be able to cope with the overflow from the media.

Marie José Burki was born in Biel and lives and works in Brussels. She has a degree from the Ecole supérieure d’art visuel de Genève and studied French literature and history at the University of Geneva. Her work has been shown in numerous exhibitions, for example at the documenta IX, Kassel (1992); Helmhaus, Zürich and CRAC, Sète (2007); Maison Rouge, Paris and MACRO, Rome (2012); Aargauer Kunsthaus, Aarau (2014); Fonds d’art contemporain, Genf (2016).

The exhibition is a collaboration with the Centre régional de la photographie, Douchy-les-Mines, France and the Calouste Gulbenkian Museum, Lisbon, Portugal.