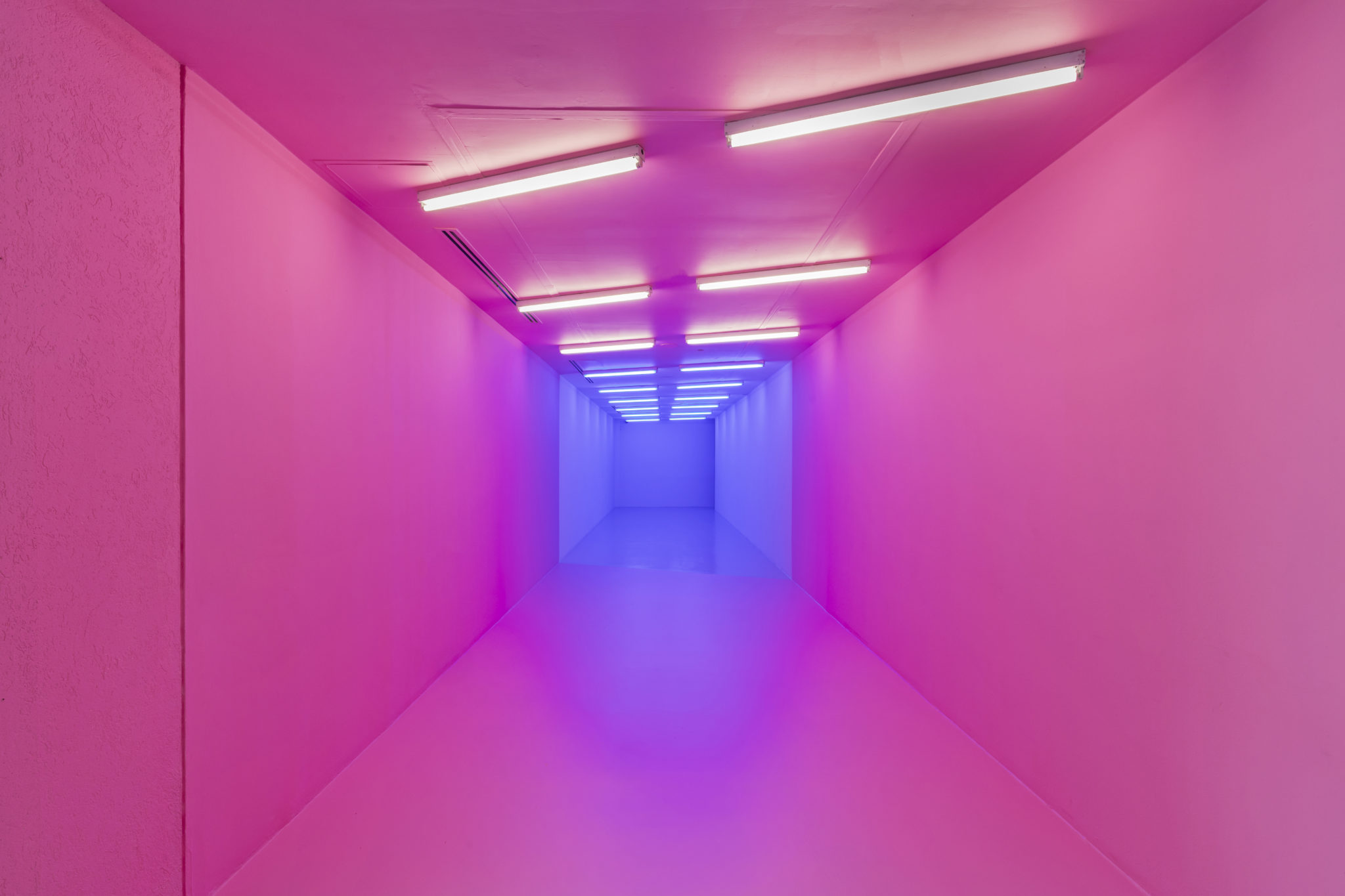 Kapwani Kiwanga’s (b. 1978, CA / FR) artistic process is research-oriented, initiated by marginalised or forgotten histories and political events, which she articulates in her sculptures, installations, photographs and videos. The artist contrasts her research with the expressive materiality of her work, with which she refers to socio-political phenomena, syncretism or the global effects of power structures. The solo show examines Kiwanga’s career via a selection of significant, representative and new works. The exhibition layout can be understood as a narrative that places emphasis on two key aspects: the examination of the impact of disciplinary architecture and spatial elements on the human body and the research into post-colonial stories and narratives that have been handed down, in which truth and fiction are combined.

In our everyday lives we are confronted by spaces that affect and regulate our behaviour. In her work, Kapwani Kiwanga reacts to the power dynamics of architecture and examines the effect of public buildings on the human body. She focuses on design elements such as the colour schemes of rooms in schools, prisons, hospitals or psychiatric clinics. In the exhibition we are immersed at the start in the spatial atmosphere of pink-blue (2017), in which the glowing Baker-Miller pink contrasts with blue neon lamps, referring to the ambivalence between the intention of providing protection and security and disciplinary measures, the control of movement and the limitation of freedom. Kiwanga invites us to reflect on the social effects of the use of colour: do underpasses and public toilets lit with blue lighting really curtail drug use? Are prisoners really calmed by cells painted pink? The colour scheme of institutional interiors is also reflected in the sculptural assemblage Patchwork (2018), the panels of which are based on the two-colour surfaces of sections of walls. Jalousie, (2018) reproduces the structure of a folding screen with blinds. Kiwanga combines the material of two-way mirrors, used in interrogation rooms and certain company rooms, with the familiar form of angled slats. She juxtaposes here the concept of systematic surveillance by authorities with an element of the domestic environment that implies protection, the private sphere and intimacy. The striped shadow might recall a lazy day in the holidays and also refers to the colonial architecture to be found from New England in North America to the tropical climate zones. Kiwanga alludes here in particular to the control of black people, that for a long time was the norm socially and politically and still resonates today. Kiwanga also follows this principle in the two sculptures Glow #6 (2019) and Glow #7 (2019), that take their starting point from the “lantern law” of the colonial period. A law passed in the 18th century in Boston and the whole of New England required all slaves to carry a lit candle after sunset if they weren’t accompanying a white person. It is the architecture of control which informs part of the exhibition, creating the decidedly physical and psychological quality of the relevant built environment. Here the body is subjected to a process of seeing and being seen and has to follow pre-determined lines of movement and spatial structures.

The starting point for Kapwani Kiwanga’s artistic output is in most cases the analysis and research of archival material conveying historical narratives and political events. Her practice is focused particularly on concepts of anti-colonial struggles and their legacy, as well as popular and folk cultures. Arising from this research are works with a strong material quality through which she refers to agriculture or the global effects of colonialisation. Red Sky at Night (2018) refers on the one hand to the expression that comes from the Gospel according to Matthew, “Red sky at night, shepherd’s delight, red sky in the morning, shepherd’s warning”. On the other hand, the artist employs materials used in mass farming as ground cover and the optimisation of climate conditions, in order to increase the profitability of resources. With this shadow cloth Kiwanga implies a relationship between agriculture, power structures through colonialisation and economic viability, in which profit goes hand in hand with dispossession and resettlement. In other cases, she questions the ways in which the writing of history, power systems and the generation of knowledge function, undermining the official understanding of truth by expanding history with popular belief and spirituality. With Nations (2018, 2019) she examines the relationship between spiritual belief and political revolt. Kiwanga creates works from fabric and metal that are based on the formal language of flags or banners. Flags have a double meaning, as a symbol of nation states and as Loa flag, a sacred site in voodoo culture. She refers here to the revolution in Haiti and the role that voodoo played in it. The alternative reading of past and present includes a variety of perspectives, in which ongoing social and political moments are inherent. Kiwanga deliberately mixes truth and fiction in order to unhinge hegemonic narratives and create spaces in which peripheral discourses can thrive.

A publication accompanying the exhibition will be published by the Verlag für moderne Kunst (Engl / Fr / Ger). 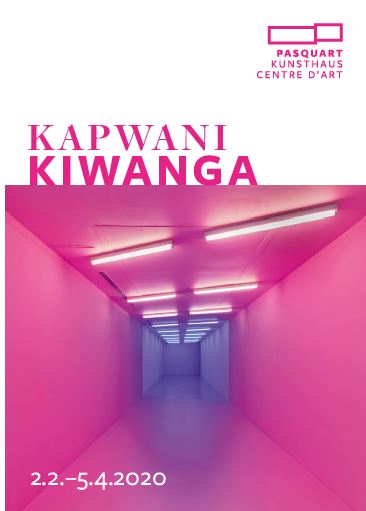