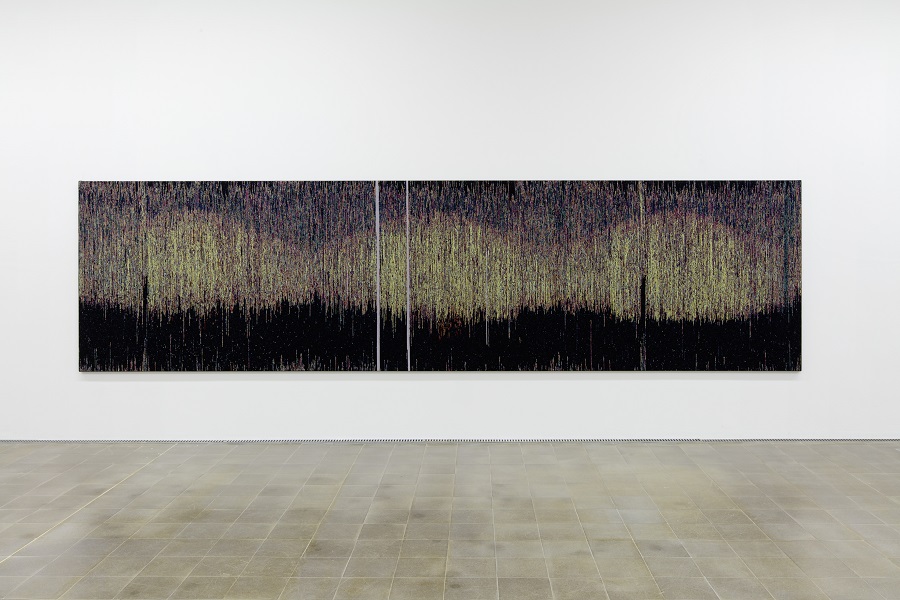 CURRENT VIEWS ON THE 30 YEARS OF COLLECTION

Marking its 30th jubilee this year, the Kunsthaus looks back to 30 years of collecting activity, concentrating on highlights. Oriented at the beginning towards regional art, the Kunsthaus-Collection has focused for several years on works by international artists shown in an exhibition at the Kunsthaus. Today the collection numbers over 1800 works.

Kaleidoscope means «seeing beautiful forms», but its play with forms goes beyond its meaning: the Kaleidoscope inspires us to reflect on other perspectives. It combines fragments in new forms and produces a multiplicity of different ways of seeing things that connect or recoil from each other. The exhibition presents new acquisitions, works that have rarely been seen or are familiar, series of works or individual pieces. The variety reflects the changing views of those protagonists who have helped mould the collection, but also the role of donations in defining new emphases. In this encounter between works there can emerge on the one hand relationships or correspondences; on the other hand the individual pieces often have little in common. The testing of constellations and contemporary perspectives on the collection allow new contexts to emerge.

It was important to us to expand our views on the 30 years of collection with the work of contemporary artists from Biel. The personal, artistic response of Béatrice Gysin, Katrin Hotz, Jeanne Jacob and Simon Ledergerber to selected works creates a lively dialogue with the collection.

Béatrice Gysin (b. 1947 in Zurich, lives and works in Biel) juxtaposes smaller drawings and objects with the 17 heliogravures from Markus Raetz’ portfolio Ombre (2007). The artist meticulously selected existing works from her own archive, in which she found parallels, similarities or affinities with Raetz’ graphic work. Presented as an installation on tables, the combination creates a contrast, however the subject of seeing accompanies both artists, who question in their work the way perception becomes an everyday routine. The result is a quiet, poetic room which invites the viewer’s gaze to sweep over the textures of drawings and hilly alabaster landscapes, to follow the precise lines and discover forms that emerge over and again. The juxtaposition demands intense observation from the viewer for narratives, equivalences or sensuous encounters to open. As a second juxtaposition, Béatrice Gysin selected the sculptural drawing by Anna Barriball Untitled V (2008), to which she reacts with a three-dimensional drawing on wood and glass.

Katrin Hotz (b. 1976 in Glarus, lives and works in Biel) encounters the Kunsthaus-Collection with large and small format pen and ink drawings from the period 2011-13. The works in her series Occhi (2013) are formed from net structures and lozenges, empty white spaces or black circles which she develops with quick, rhythmical marks. Her forms break out of the geometrical rigour and recall instead meshwork or organic structures. The artist places these moving forms in a dialogue with Clare Goodwin’s paintings Graham (2013) and Howard (2016), whose precise and clearly delineated colour fields Goodwin counters with narratives from a social reality by entitling her compositions with names of people. Next to these, in the same room, are abstract works by Heinz-Peter Kohler, which unexpectedly enter into a relationship with these other paintings and drawings. Katrin Hotz finds in Rebecca Horn’s Bleistift-Flügel (1988) a formal relationship with works from her series Pickles (2011-13). These are vague formations of thoughts and gentle structures that stand out against the white background and give the impression of escaping the space of the picture at any moment. In another part of the exhibition Hotz’ burning tower Vergessen das Vergessen nicht (2007) enters into conversation with Martin Ziegelmüller’s 5th cycle Teilchenbeschleuniger (2013-14).

The painter Jeanne Jacob (b. 1994 in Neuchâtel, lives and works in Biel) has produced several new works for the exhibition, with which she in various ways reacts to artists in the collection, such as Rebecca Horn, Klodin Erb or Francisco Sierra. She paints intuitively and surfaces, forms and figures are often superimposed until the artist arrives at a result through the painting process. In the foyer she combines Party, Party (2020) with San Keller’s Stammtisch (2007). The two figures seem to be caught in a moment between fun and boredom. Jacob paints people and bodies, unstaged and caught in an everyday matter-of-factness; senuous and intimate, without appearing pornographic. The are situated in a kind of state of uncertainty, in which ideals are subverted and contraditions are possible. In the Galeries we encounter 99 Mickeys, which Jacob has made in response to Markus Raetz’ sculpture Form im Raum (1991-92). By giving the icon 99 faces, her work Fluide Mickey (2020) dissolves the idealised and stereotypical image of Mickey Mouse. The varied emotions of the mouse faces make different characteristics visible. Jacob gives the fictive character a personality and thus transforms the collective into the individual.

Simon Ledergerber (b. 1977 in Brunnen, lives in Zurich and works in Biel) chose from the Kunsthaus-Collection the work from white earth (1993) by the Dutch artist herman de vries. Here the landscape is depicted not as an image, but in the form of earth rubbings on paper, that join together as a minimalistic presentation of monochromes. At the centre of his practice is nature as a space of life and experience. Simon Ledergerber juxtaposes with this work his sculpture Vor dem Gesetze (nach Kafkas Text) (2019), with which he refers to Franz Kafka’s parable of the doorkeeper. He works primarily with natural materials and is concerned with processes and questions of formation. At the heart of his work is the consideration of how to give a form to raw material, without dominating its features, but rather incorporating that which is already inherent in the material. In this way, his works are often situated in the field of tension between nature and artificiality.

As a satellite project the artist Till Velten (b. 1961 in Wuppertal, Germany, lives and works in Zurich and Berlin) presents in the Collections Room of the Kunsthaus his curatorial project TAUSCHEN. A work by Till Velten. In the collaboration with the NMB he created an exchange of works from both collections, which he presents in each case in the other institution. By showing works from the Kunsthaus-Collection in the NMB and vice versa he aims to show how the boundaries between the applied arts housed in the NMB and the so-called free art collected in the Kunsthaus are blurred. From the exchange between the institutions there emerges a changed perspective: it becomes clear how strongly a work is determined by its environment and the perception of viewers. The work is extended by two video interviews with the directors and curators of the two institutions who are confronted  with their power to bring works of art out of their sleep in the storage and place them for a certain time in the focus of perception.

Curators of the exhibition

With the kind support of the Foundation Kunsthaus-Collection Pasquart. 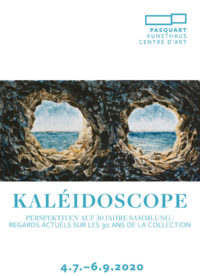