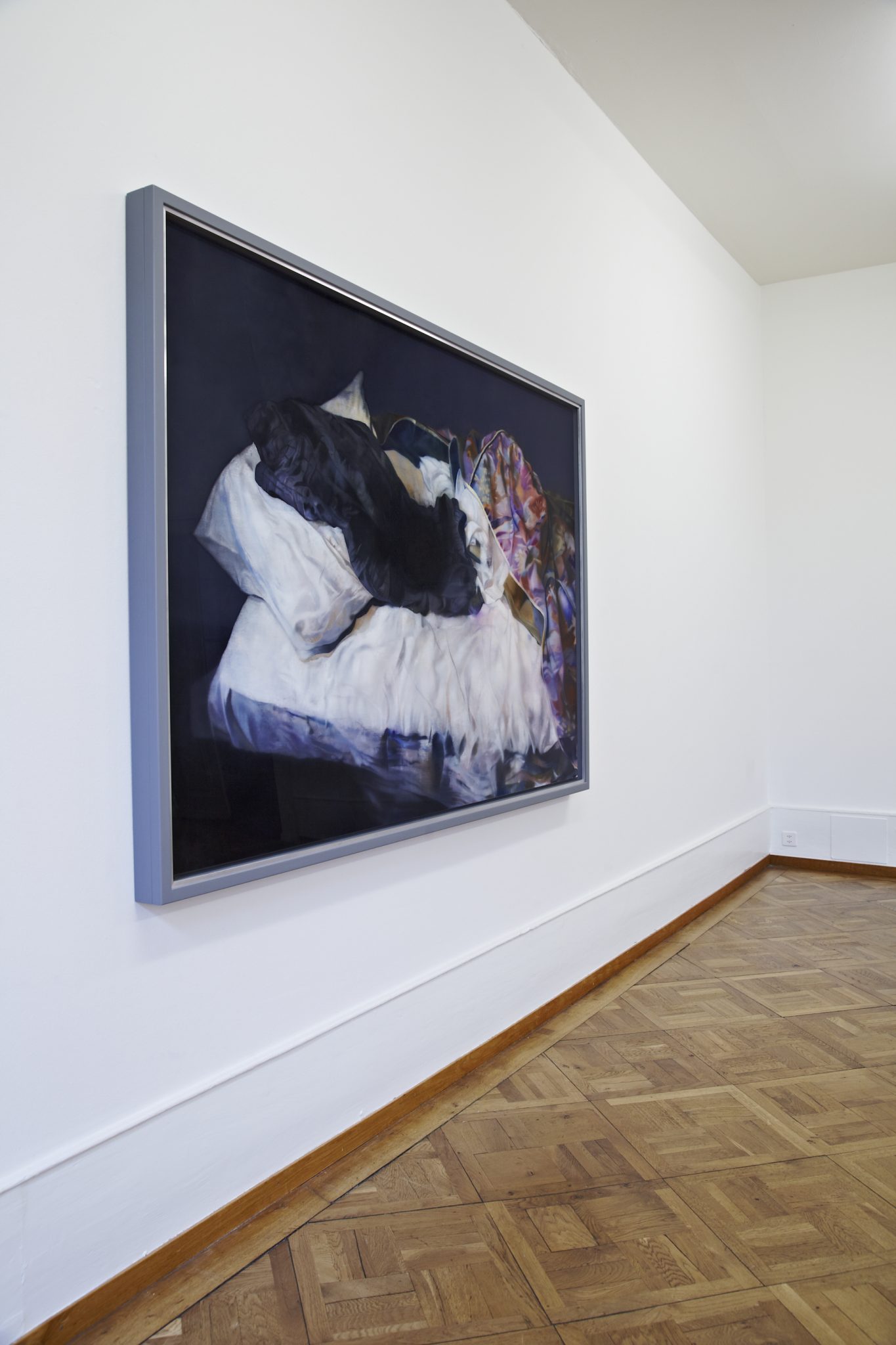 Johannes Kahrs (b. 1965 in Bremen, lives and works in Berlin) is one of the most important protagonists of contemporary German art. He manipulates existing images from films, the media and the internet but also his own photographs to create paintings and works on paper. One of his main themes is the human body, his focus directed frequently at individual parts. Like almost no other artist, in his painting Johannes Kahrs pushes at the physical and psychological limits of what it is possible to represent. In the treatment of still lifes and interiors, too, his works are distinguished by an intense corporeality that simultaneously attracts and repulses, communicating beauty as well as horror.

Following numerous solo and group exhibitions in Europe and America, among others at the Kunstverein München, Museum Kunst Palast Düsseldorf, Centre Pompidou in Paris and the San Francisco Museum of Modern Art, Johannes Kahrs is showing at the Kunsthaus CentrePasquArt his first monographic exhibition in Switzerland. Kahrs photographs, draws and works with video,  however painting remains his principle medium. In the exhibition at CentrePasquArt a selection of works will be shown that were all produced within the last ten years.

Based on found images or on source material that he has photographed himself, the artist makes oil paintings and drawings with charcoal and pastel on paper. Far removed from photorealist tendencies, Kahrs translates and re-interprets the images. In the search for a convincing motif, the artist photocopies, edits and distorts the photographs, in some cases numerous times. Although it is not concealed from the viewer that the artist uses existing images, the subject of the work is to some extent dissolved to the point of unrecognisability by the choice of detail and the deliberate use of light as well as by distortion and out of focus areas. Through the transfer from one medium to another the images are not only made strange but are also reevaluated. Since the motifs have been removed from their original context and the story behind them can only be guessed at, the depicted scenes achieve a powerful presence, yet at the same time remaining mysterious and ghostly. The discomfort that the work emits is increased by the dirty, dark tones and the artificial, often barely penetrable light. Although Kahrs often paints dark scenes and objects, light plays a central role in his painting. Like the Flemish still life painters who painted glass dishes, goblets and shiny insects in order to be able to depict the phenomenon of light, he also selects materials whose surfaces are particularly suited to the reflection of light. Not only the light, the source of which is often difficult to determine, but also the perspective is confusing and disquieting, for example when small objects – like the mouse trap in Untitled (trap), 2012 – are depicted from below, communicating to the viewer a strange impression of space.

Although the choice of detail is of prime importance in the process of transforming the source images, Kahrs emphasises that academic terms such as composition are not of interest to him because he doesn’t want to give the impression that he is controlling the image. For Kahrs the process of painting is about the search for images rather than a reaction to existing sources. That this approach can lead to various results is expressed among other ways through the fact that a number of scenes are painted several times but from slightly different perspectives.

The source images that Kahrs carefully selects take up themes from various subjects. Images from the world of politics appear as much as those from show business or advertising. Kahrs is not afraid of extremes: sex, violence and drugs are not taboos. His painting is always psychological – the images are confrontations that involve the viewer: dreamy moments or intimate glimpses that often concern suffering. However the work is rich not only in terms of the subject matter, but also in connection with the motifs that are depicted. Of primary interest is the human body. Over and again Kahrs paints close-ups of partially severed body parts that can be identified only on second glance. The artist is particularly interested in hands and feet. As no other part of the body, hands and feet tell the story of a person; they are as individual as the face and fascinate through their variety. When the body or rather the corporeal plays an important role in Johannes Kahrs‘ work, this does not mean that he limits himself to the depiction of the body. While Kahrs has for a long time occupied himself with interiors, he has recently made more still lifes of subjects such as flowers. However through their fleshy forms and colours these contain bodily components that are even more powerful than in the paintings that show actual body parts.

Publication: In conjunction with the exhibition a richly illustrated publication (German/French/English), with a text by Ulrich Loock, has been produced.