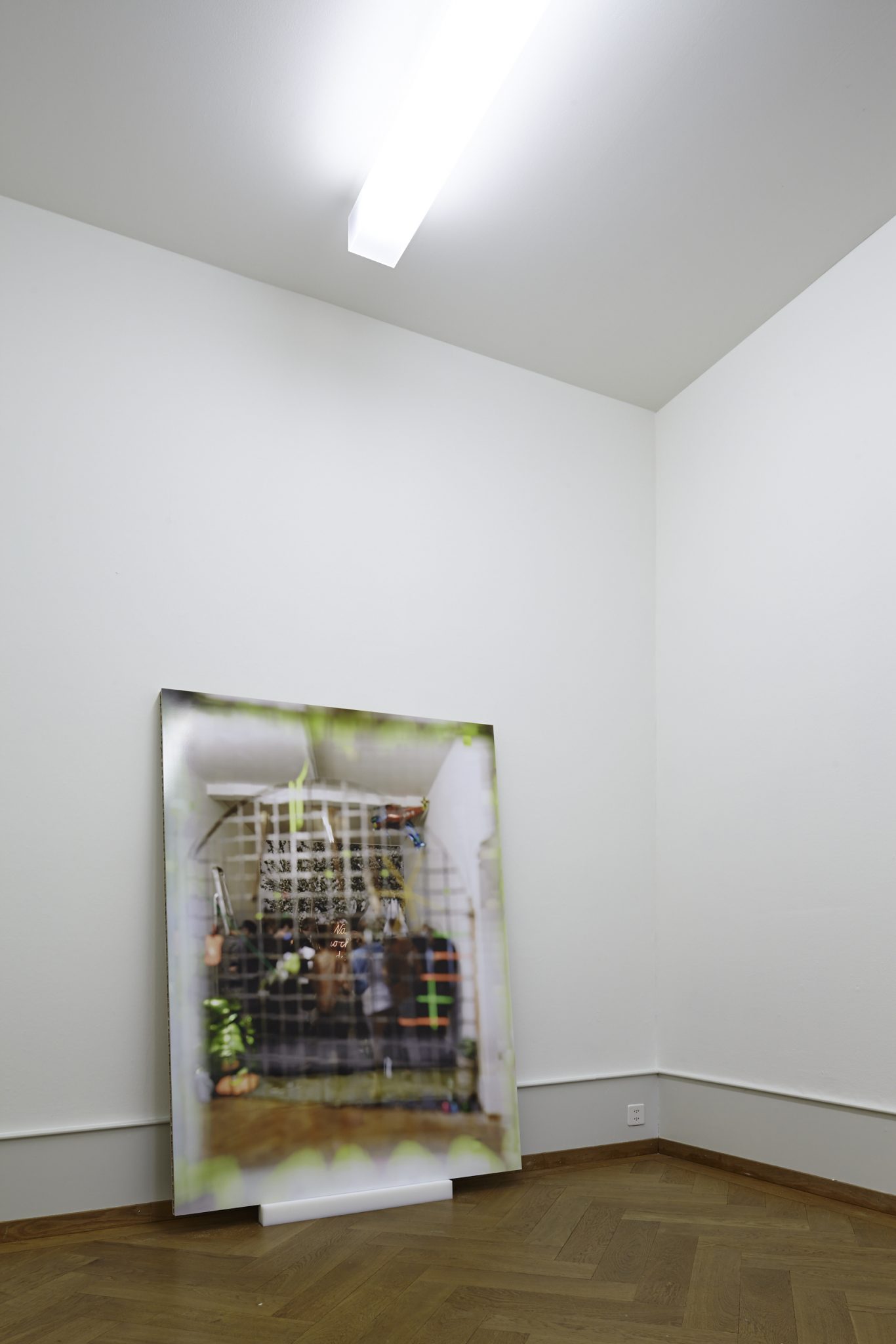 The artist duo from Biel, Barbara Meyer Cesta (*1959, Aarau) and Rudolf Steiner (*1964, Niederbipp) has been working since 1998 on interdisciplinary projects under the name Haus am Gern. Their practice focuses on socially relevant themes which they appropriate with a lightness of touch, irony and a refined critical eye, translating these into context-specific works. Their artistic output is characterised by a variety of media in which drawing, photography, video, object, installation and performance are placed in relationship with each other in a conceptual framework. With Know the Knoll, 2014 Haus am Gern are producing an installation over a series of rooms, simultaneously incorporating the Kunsthaus CentrePasquArt and the PhotoforumPasquArt. A mirroring of the spaces in different media embroils the viewer in a game in which they loose themselves between photography and installation, behind the scenes and the stage – finding themselves again in an ambivalent arrangement of spaces and objects.

Know the Knoll is the first time in the history of the CentrePasquArt that a solo exhibition is occupying both the spaces of the PhotoforumPasquArt as well as parts of the Kunsthaus. Haus am Gern are using this unusual opportunity to make a context-specific intervention which connects both places spatially, visually and in terms of media.

The starting point for the exhibition Know the Knoll is an installation throughout the rooms of Parkett 2 in the Kunsthaus. It consists of works made by the artist duo, from their archive, their art collection, pieces by artists such as Donald Judd or Thomas Huber and other artefacts. The arrangement of the works and of these fragments of reality recall a carefully selected, conventional museum presentation. A path through the exhibition is prescribed by a simple rope, with the former at the same time reinforcing the latter. In a second stage, Haus am Gern have photographed the installation through the open windows from outside the building by means of a lifting ramp. The eleven resulting photographs are shown in PhotoforumPasquArt. The process of producing images developed especially for this exhibition intensifies this accumulation of material through a highly reduced area of focus. Haus am Gern accord the works a key role, though these are more easily located in painting than in photography. A spatial and visual mirroring is produced between the Kunsthaus CentrePasquArt and the PhotoforumPasquArt which seeks to question familiar perspectives or to abandon entrenched points of view. These distortions, superimpositions and entanglements bind the two exhibition areas into a whole. Visitors are sent on a voyage of discovery consisting of shifts in meaning which turns them into players in the exhibition.

As the pivotal point between the two exhibitions Haus am Gern are showing in the vitrine in Parkett 2 the work Self Portrait as an Artist Couple XXI (Know the Knoll), 2014, a 27 metre long catapult. A meteorite serves as the missile. The catapult is not, however, suited for firing. If it were to be used, it would require two people to span it, though one of them would be in considerable danger. With this piece the artists are continuing a series which began in 1998.

With their exhibitions in Kunsthalle Bern (2002) or the Kunsthaus CentrePasquArt (2002) Haus am Gern have shown that they can be considered in the tradition of the institutional critic of the 1990s and its continuation of art that focuses on its context. The core of their work consists of artistic practices which reveal the hidden aspects of social constructs. They focus not on the illustration of reality but on the shaping of it. This kind of art aims to question institutional networks, cultural artefacts and social codes and thus becomes a tool of self-reflexion for society.

From the initial idea to the impact of the exhibition Know the Knoll a process is undertaken which can already be categorised as a work of art. The exhibition begins with observations, sketches, jokes or encounters. The artist couple deliberately allow the features of the context in which their work is shown to be a part of the exhibition by making these visible in their work. The basic parameters become fragments of works and the references to the exterior are ever present. The social planes that we sense but don’t see, feel or understand become multi-layered aspects of the exhibition and the work of Haus am Gern.

The exhibition is a collaboration between the Kunsthaus CentrePasquArt and the PhotoforumPasquArt.

Exhibition publication: On the occasion of the exhibition the publication Know the Knoll is being produced in the context of Edition Quadratmeter in a signed edition of 100 copies.