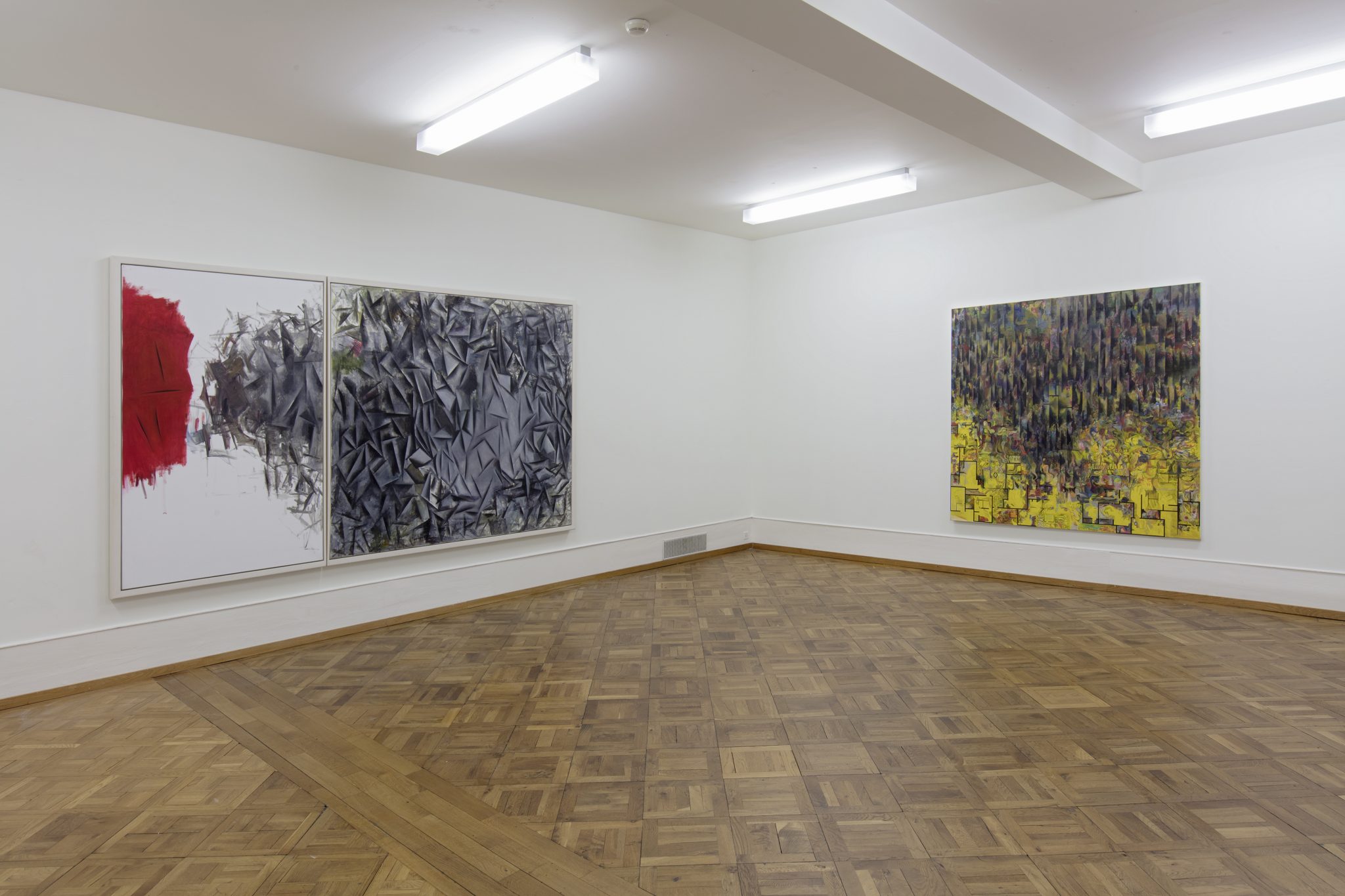 Guillermo Kuitca (* 1961, Argentina) is one of Latin America’s leading contemporary artists. His painting skillfully reconciles various abstract styles with an illusionist form of figuration and investigates ways in which absence, movement and silence can be expressed on a two-dimensional surface. The exhibition brings together earlier work from the 1990s and 2000s, inspired by architecture, theatre seating plans and cartography, with recent paintings incorporating images of portals, doorways and transitional places. It also marks Kuitca’s return to representing the human figure, primarily female forms which occupy the threshold between the picture plane and the indeterminate realm beyond. Real space will be presented for the first time in Kuitca’s canvases in the form of a free-standing winged altar painting. Guillermo Kuitca’s work has been the subject of exhibitions in major European and American museums. He represented Argentina at the 2007 Venice Biennale. The presentation at Kunsthaus Pasquart is the most comprehensive exhibition of his work to date in Switzerland.

In the 365m2 toplit cube of the Kunsthaus primarily recent paintings by Guillermo Kuitca provide a context for the presentation of his major new three-dimensional work, the Retablo, 2016 or winged altar, shown here for the first time. In terms of its stage-like construction, with walls on three sides, a painted ceiling, footlights, and a physical separation of the viewer from the space by means of a low wooden partition, the construction of Retablo is related to Kuitca’s earlier explorations of the architecture and atmosphere of the theatre. However, whereas the Opernhaus Zurich, 2007 series focused on seating plans, and the pages of the book The Flying Dutchman, 2009 transformed set designs into freer articulations of stages, Retablo is concerned as much with the materiality of stage constructions as with the illusion of the three-dimensional. Whereas in the latter the abstract forms frame a doorway, Retablo depicts a road which starts literally at the feet of the observer and gradually recedes from view. As in all the many large canvases that since 2007 Kuitca has structured around interlocking planes, possible figurative scenarios are replaced by the sensation of movement, the intimation of light and the suggestion of texture.

There are many art historical associations in Kuitca’s work, such as the angular, upwards directed forms of Gothic architecture, Modernist art, the ‘cubist’ style of his abstract surfaces, and Futurism. Untitled (Exodus), 2015 and the work Untitled, 2011, for example, echo the Futurists’ attempts to depict movement on a two-dimensional surface by repeating modulated forms of similarly toned facets across the length of the pictorial surface, similar to the fluid movement of actors or dancers across a stage. Several other paintings, such as Desenlace III, 2007 refer to the cuts that the Italian artist, Lucio Fontana first made to canvases in the 1950s.

One of the most striking features of Kuitca’s work is the superficially sombre palette. In comparison with the muted browns and greys of most of his paintings, the strident yellow background of the work Untitled, 2003-15 stands out as unusual. It is significant that Kuitca begins all his paintings with a bright palette which he subsequently tones down. The ‘bright notes’ nonetheless appear through the more restrained surface tones, the combination providing depth and resonance.

In Kuitca’s very early work, the figure was an important element and its schematic representation in small format paintings from the 1980s relates directly to the outlines or silhouettes of women which he added to the many portals in recent works. The figure was replaced in the 1990s by explorations of human experience in various environments, through the themes of cartography, the theatre, and architecture. Having made purely abstract paintings since 2007, it is only in the last two years that Kuitca has made a conscious decision to return to depictions of the human figure.

The monumental aspects of the recent abstract paintings are counteracted by the Diarios., 1994 (ongoing) Begun in 1994, this body of work is a record of the time Kuitca spends in his studio, from shopping lists to telephone numbers and absent-minded doodlings during coffee breaks. The same circular table is stretched with a canvas that has been rejected and is drawn on for a period varying from a few months to a full year. The use of rejected canvas is significant, the vitality of the diary offering a second chance to artistic failure.

Publication accompanying the exhibition;
A richly illustrated publication with exhibition views published by the Verlag für Moderne Kunst and with texts by Felicity Lunn will be released (ENG / DT / FR).