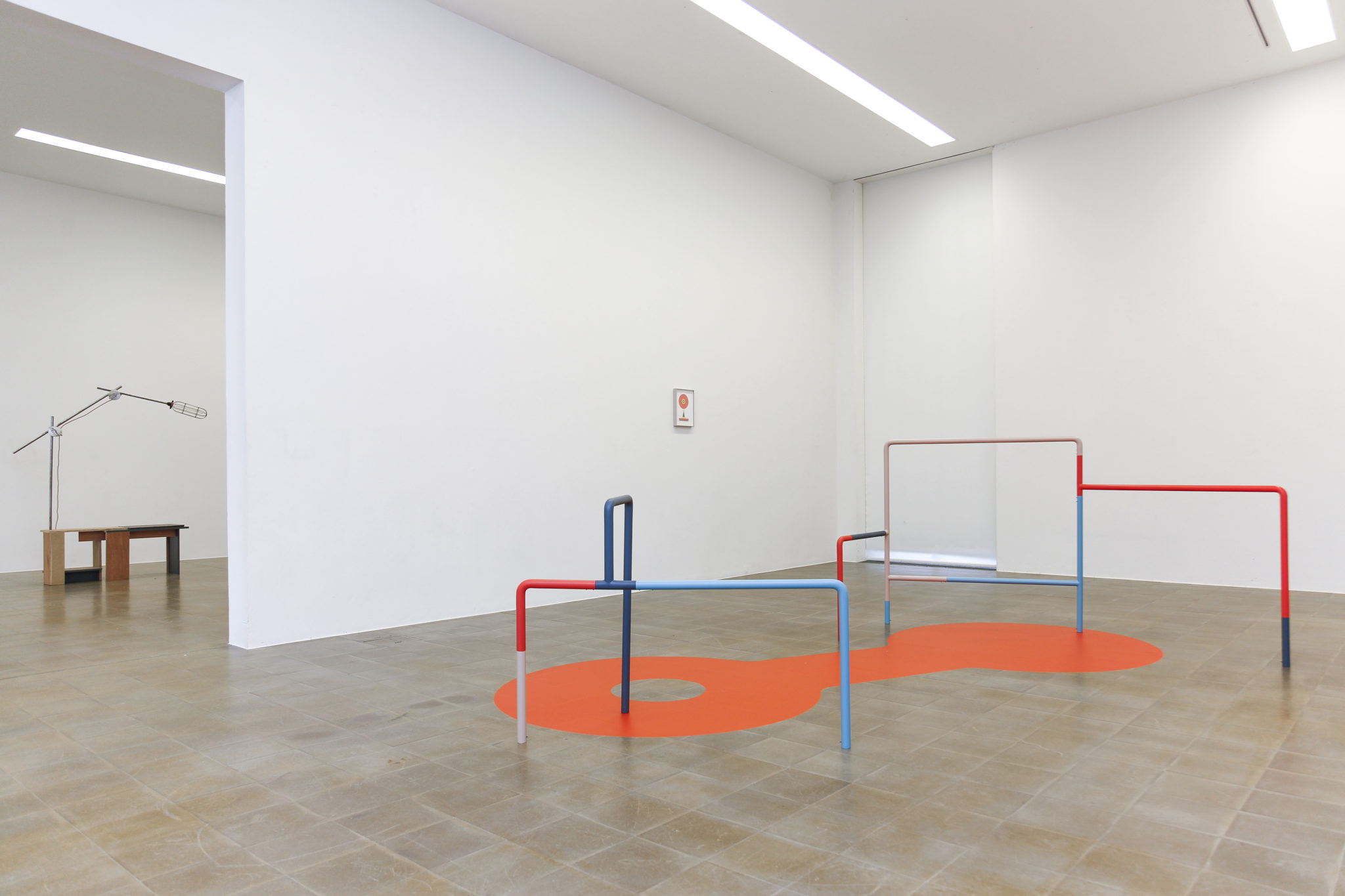 In her work Céline Condorelli (b. 1974, FR/I, lives and works in GB/PT) connects art with her environment. The artist transfers elements of urban construction, architecture and interior design, but also aspects of museum scenography such as lighting, support structures and seating, into installations, sculptures and videos. Thus the components and materials of a building, which are actually part of the formal language of building construction, become themselves works of art. By placing these elements in the context of the neutral museum space, she opens up a discourse on the manner in which exhibitions are presented, reflecting on values, the visibility of things, forms of communication and manipulative interventions. Above and beyond this Condorelli creates connections between history and socio-economic contexts in order to question existing and possible intersections and at the same time to examine how these can be translated in reality in the exhibition space. In her exhibitions the artist creates new constellations of her own preoccupations with various themes, spaces and their contexts. This, the artist’s first exhibition in Switzerland, presents a selection of significant existing works as well as new pieces.

In her work Céline Condorelli examines the history of cultural institutions and museums in order to question the contemporary way of presenting art. She focuses her interest on the architecture and the scenographic characteristics of such places, which are rarely questioned, although they have changed and developed in the course of time. The artist makes this situation clear by directing our gaze and our movements through the exhibition. The perforated aluminium sheets in After Image (Gray und Bayer) (2015) play with the angles of the walls and are painted in pastel colours in order to remind us that 150 years ago the walls of museums were not white but coloured. The neutrality of the exhibition space is changing. Average Spatial Compositions (2015), the prominent plywood bench in the formal language of De Stijl, covered with coloured fabric, seems to invite the viewer to sit down and observe the five large-format prints bau bau bau (2015) from another perspective. The installation recalls Bauhaus exhibitions – which juxtaposed art, graphic design, design and architecture as having the same status – as the synthesis and the expression of modernity.

In this context Céline Condorelli also examines the role of the viewer and their perception in exhibition spaces. Her installations remind us that structures used for the presentation of art influence our interpretation of exhibitions. The process of observation gives the artist the opportunity to critically examine art and its form of presentation and to subvert accepted norms. Support Structure Yellow (2000-2019) is a modular support structure made of yellow sheets of glass and steel, on which works can be mounted, thus making them visible in another way. Epilogue (2018), the two large green and white snake-like structures made of glass with a wave-like relief pattern play on the act of entering and leaving the intended path in an exhibition, while the multi-coloured neon series Grazie e Arrivederci (2018) imitates a sunset, reminding the visitor of the uniformity of museum lighting. The sculpture Zanzibar 1:10 (2018) is placed on a pink vinyl floor and consists of three concrete pots whose wave-like forms – similar to that of Epilogue – refer to the architecture of the restaurant Coati, designed by Lina Bo Bardi, one of the most significant figures of the modern movement. Like the tree piercing the heart of the Brazilian restaurant, the rubber plants rise up in the middle of the sculptures. Condorelli refers to the fact that it was usual in the last century to decorate exhibition spaces with plants. However, it is not only a question here of examining the White Cube, which has heavily influenced our perception of art, but also of the relationship between art and forms of social organisations. Just as the display of art is based on scenographic means external to a work of art, there are also similar ‘invisible’ structures in social systems whose power lies in the fact that systematic structures are not recognised as instruments of manipulation. Condorelli exposes the functioning of such secret apparatus and illustrates who is the controlling organ and who is the regulated authority: cultural institutions and public agencies direct visitors and citizens without them being aware of it.

Céline Condorelli’s explorations also concern the relationship of art and society and the question as to how art is integrated in society. She transfers infrastructures from the public or private realm into the art context, in order to highlight the ways in which we see that which surrounds us and to show the possibility of a society with a higher quality of life. Additionals, Structure for Communicating with Wind (2012) belongs to the five-part series, Additionals. The metallic curtain sways lightly in the breeze of a ventilator, in contrast with the other objects, which are monumental structures. All of these were created as part of a collective performance and oscillate formally and in terms of their content between a functional arrangement, decorative left-overs and art. The Additionals create a framework that makes possible communication between the objects presented and at the same time allows the concept of community to be experienced. 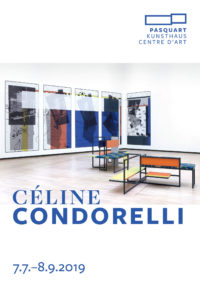